It’s April 1939 and, with their lives in Berlin and Vienna under threat, Esther and Kitty – two very different women – are forced to make the same brutal choice. Flee Europe, or face the ghetto, incarceration, death.

Shanghai, they’ve heard, Shanghai is a haven – and so they secure passage to the other side of the world. What they find is a city of extremes – wealth, poverty, decadence and disease – and of deep political instability. Kitty has been lured there with promises of luxury, love, marriage – but when her Russian fiancé reveals his hand she’s left to scratch a vulnerable living in Shanghai’s nightclubs and dark corners. Meanwhile, Esther and her little girl take shelter in a house of widows until the protection of Aaron, Esther’s hot-headed former lover, offers new hope of survival.

Then the Japanese military enters the fray and violence mounts. As Kitty’s dreams of escape are dashed, and Esther’s relationship becomes tainted, the two women are thrown together in the city’s most desperate times. Together they must fight for a future for the lives that will follow theirs. 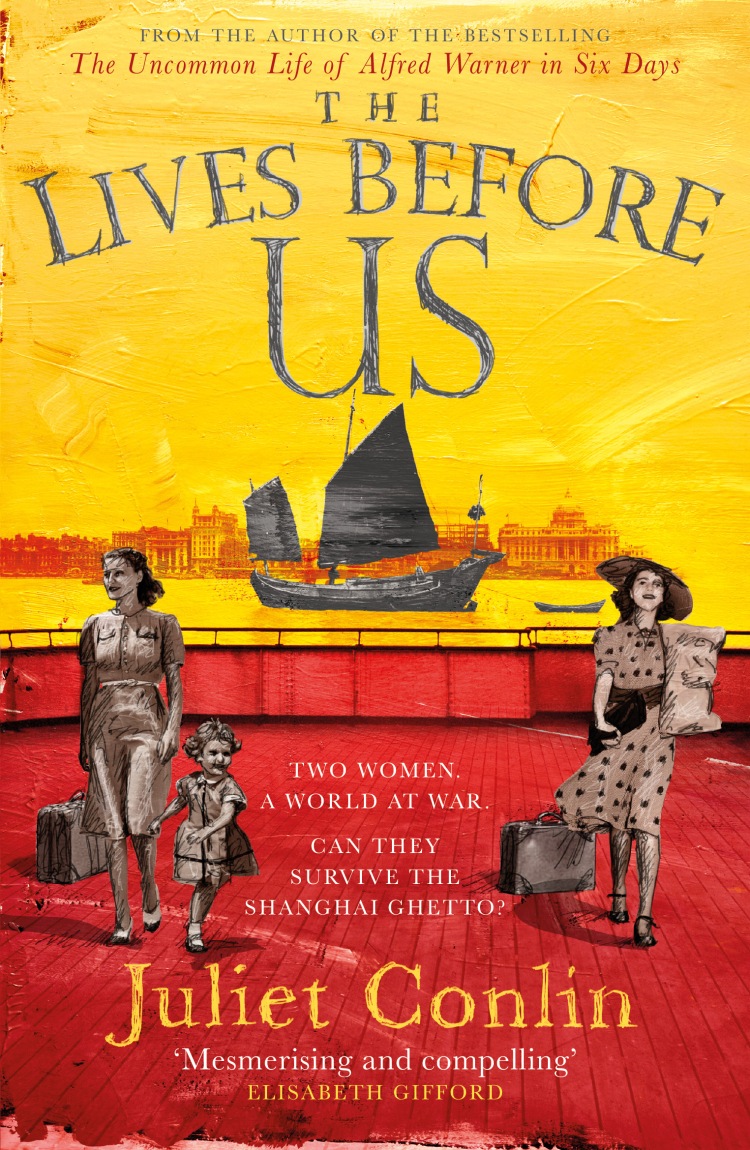 I knew that I would fall in love with this book as soon as I had read the first few pages and I sat about for a long while once it was over, wondering how on earth my review could do this book justice. This is historical fiction at its very best; a moving journey with two strong and brave yet strikingly different women at its heart, entwined with the life of a young boy from Shanghai. Whilst reading, my senses were assaulted by a cacophony of sights, sounds and smells; I really felt as if I was positioned right in the centre of the Shanghai Ghetto; inhaling its squalor and destitution as an onlooker standing at a window over Kitty, Esther and Wing.

I found my heart breaking for both Esther and Kitty in very different ways; it seemed that they were both bombarded with setback after setback and every time they managed to overcome the challenges hurled at them, they would be dealt yet another crushing blow. The enduring tenacity and the strength of these two women, who were entirely alone, combined with the kindness of those who let them into their lives, often with less than little to give, left me feeling both a sadness and a happiness at the sense of camaraderie which emerged from their collective struggle in the toughest of times.

For me, this novel was an education in an area of the Second World War of which I have very little knowledge, and on which I have read very little.  The rawness of the effect of poverty in the Shanghai Ghetto evoked by Conlin, was for me a shocking revelation.  The instability and precariousness of Wing’s entire existence was at best unsettling and at worst truly tragic.  I found myself heavily invested in his survival as well as that of Kitty and Esther.

Conlin’s depth of knowledge and expertise on the plights of those affected by the Second World War is obvious throughout the book.  I am reliably informed (straight from the horse’s mouth so to speak!) that she embarked upon a veritable quest to perfect this novel, including learning basic mandarin and travelling 5000 miles for research, not to mention personally interviewing Shanghai Ghetto survivors and reading countless history books on the subject.

This is a compelling story of heartbreak, instability and compassion; a beautifully written and captivating tale of survival. Conlin presents a masterclass in historical fiction in what is a sensorially astounding and truly accomplished novel.  I shall be talking about this 5* story for a long time.

My thanks go to Black and White publishing for sending me a a proof copy of the book in exchange for my honest review. 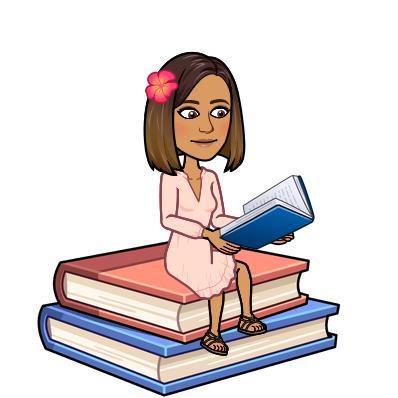 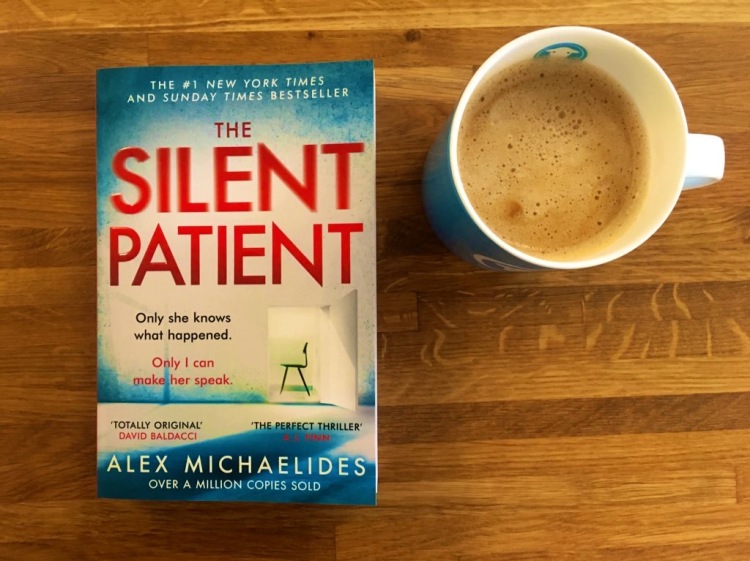 Artist Alicia Berenson has shot her beloved husband in the head 5 times because he came home late one evening.  Since then she has not uttered a single word.  She has been imprisoned in a secure mental facility where her only form of communication has been through her paintings.  Psychotherapist, Theo Faber has taken an obsessive interest in Alicia, so much so that he has quit his job and moved half way across the country to treat her but to what end? To absolve her? To understand her? To save her?

There has been a phenomenal amount of hype surrounding this book and well deserved too. This is a smart and addictive thriller which drew me in and kept me hooked from the first chapter. The story is primarily narrated from Theo’s perspective and this, interspersed with individual diary entries from Alicia herself, help the story to unfold and reveal just why she is The Silent Patient.

The insane twist at the end left me gobsmacked and wondering just how Alex Michaelidis created such a convincing and captivating tale for his debut.  I think one of the draws of this book is how Michaelidis has managed to write so many words about a person who has no words.  This psychological thriller rendered me unsociable and was completely consuming – I devoured it in just two sittings.

Many thanks to Orion and Amber from Midas PR for sending me a copy of this novel to read in return for an honest review.  The Silent Patient came out in hardcover on 07 February 2019 and was released as a paperback in December 2019 and you can buy it here 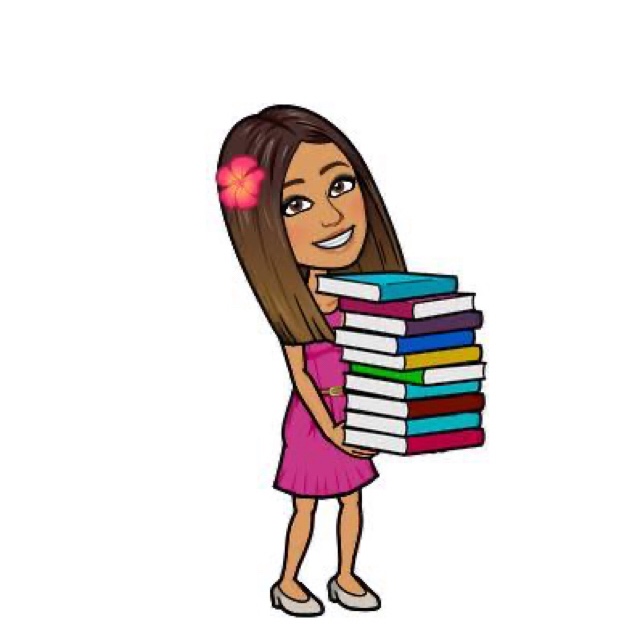 Adèle has a chic apartment in the sought after suburbs of modern day Paris. She has a job as a successful journalist, a handsome surgeon for a husband and a scrumptious little toddler boy. One could say that Adèle has it all, except there is a problem; Adèle is bored; Adèle is frustrated; Adèle is a sex addict.

Adèle’s willingness and tendency to detonate her self destruct button both frequently and without warning, means she has to envelope her normal life around her secret affairs and one night stands; to hide her sordid second life; to conceal her true self.

The combination of Slimani’s wonderfully descriptive prose together with the elegant flow and sumptuous descriptions of Adèle’s Parisian life made this a quick and enjoyable read.  This book is neither seedy nor superficial; it is not full of gratuitous sex but neither is it reserved.

I found this to be a powerful and dark exploration of addiction from the perspective of a very troubled woman; a fascinating insight into Adèle’s privileged world that somehow leaves her wanting more.

I have a feeling this will be a Marmite book – I thoroughly enjoyed it as the narrative is so beautifully written.  I felt it to be complex and absorbing; simple yet devastating. I have not yet read Lullaby (also by Slimani) but will certainly be purchasing it on my next trip to the bookshop.

My thanks go to Faber & Faber and Netgalley for providing me with an ARC copy of this novel in return for an honest review.  Adèle was published in hardback on 7th February 2019.

It’s 1997 and Britain has been shaken to the core by the chilling abduction and murder of a baby, by two young girls. Sisters Primrose and Laurel are those two young girls, and the media gives them a sickeningly sweet name; The Flower Girls. Ten year old Laurel is convicted of the baby’s murder whilst Primrose, who is only 6, is deemed too young to be convicted and allowed to walk free.

Fast forward almost 20 years and Primrose, now Hazel, is staying with her boyfriend in a hotel over the New Year when a little girl goes missing. Suddenly Primrose finds herself catapulted into the spotlight all over again as The Flower Girls have the Press salivating once more.

This atmospheric novel is full of twists and kept me guessing right until the end, something many novels claim but few deliver.  Alice Clarke-Platts deals with the deeply disturbing subject of child killers cleverly and succinctly and this novel immediately recalled high profile, real life cases to mind – some of which are cited and referred to within.

I must admit, I was apprehensive about starting this psychological thriller, not only due to the sinister subject matter but also because as I have two young children myself, both of whom are little girls.  All apprehensions were hurriedly pushed to the back of my mind as soon as I started reading; this is an intriguing page turner in its truest form.  The Flower Girls is fast paced, punchy and truly unsettling; a fantastic read.

Many thanks to Bloomsbury Publishing/Raven Books and Netgalley for sending me an ARC copy of this novel to read in return for an honest review.  The Flower Girls is out in hardcover on 24 January 2019.

Kate and Scott have a comfortably boozy relationship; they use alcohol as the crutch to get them through the everyday mundanity of life and as such have fallen into a downward spiral culminating in them making complete arses of themselves pretty much any time they touch a drink. Much to the disdain and horror of their young daughter Holly, who decides that there is need for an intervention, which will take place in the form of a horribly embarrassing show and tell all on YouTube. Kate and Scott don’t even know what YouTube is. Until they do. And when they see the ugly truth and turn into a social media phenomenon overnight, things start to snowball.

As a relative newbie to the comedy writers genre and in fact to Nick Spalding’s books themselves, I approached this book with caution. I’m glad to say that my trepidation was short lived – I laughed so hard at this book that I annoyed my husband because I was shaking the bed so violently from trying to quell my giggling outbursts! Whilst this book deals with serious topics related to alcohol and it’s perceived abuse; it does 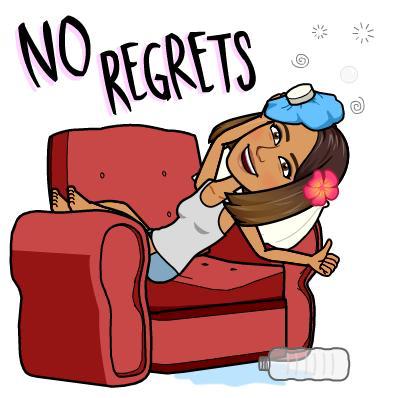 so with stunning comic timing and long hard belly laughs along the way, potted with a crazy insight into the world of social media and so called YouTube stardom. A must read if you’re looking for something light-hearted and fun – I’ll definitely be looking for more Nick Spalding in my next bookshop visit!

Thank you so much to Netgalley and Lake Union Publishing who provided me with an ARC Kindle copy of this novel so that I could read it and write an honest review. This book will be released on 08 January 2019.